The Connection Series: what it is, why it matters and how to continue to build it 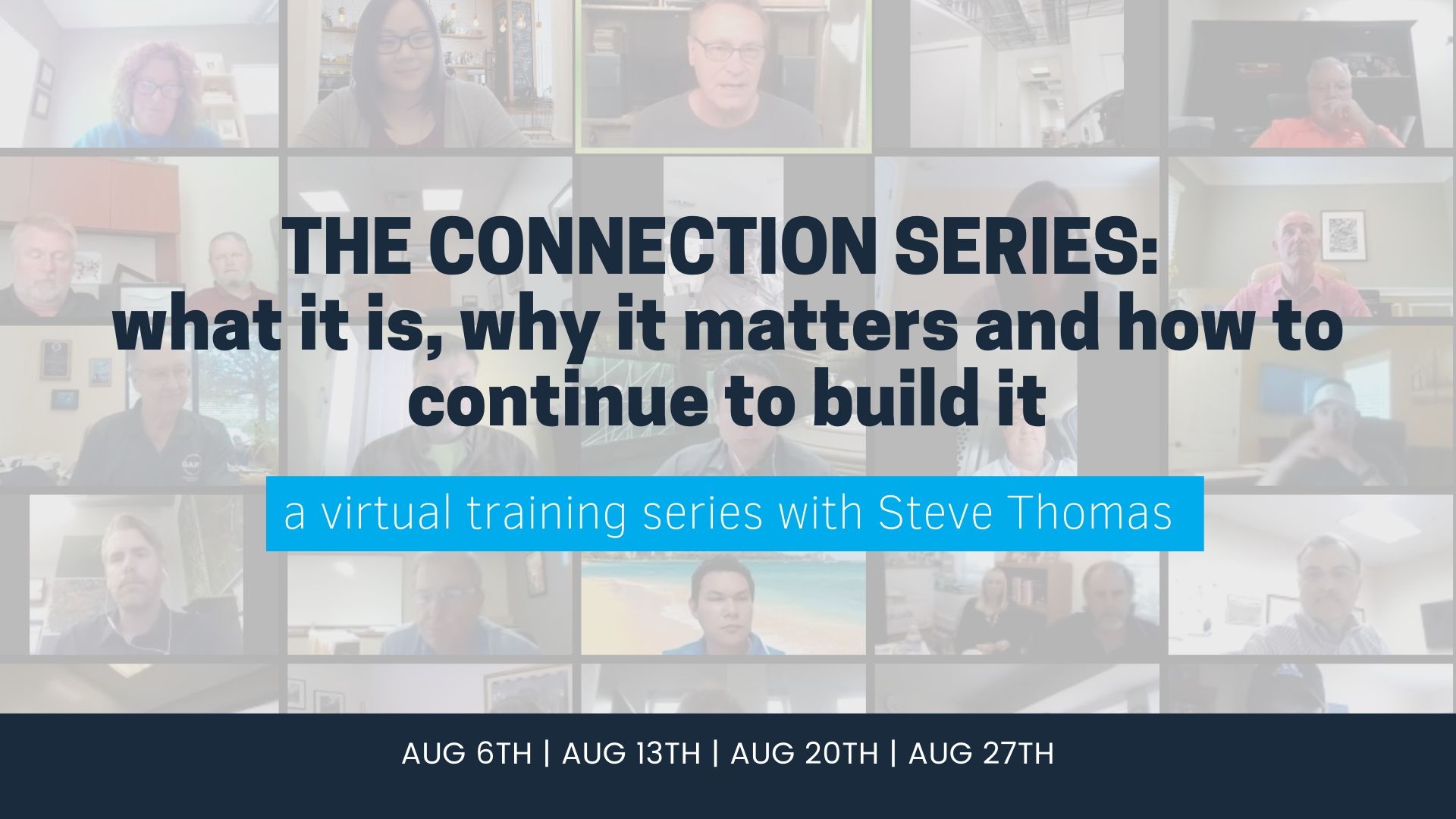 Join Synergy and Steve Thomas as we go through a four part series all about connection. In this series Steve will talk about the benefits of connection, how to build connection (even in a virtual world), the things that get in the way of connection, and what connection does for your culture. Over the course of the series we’ll challenge some leadership myths like “Leaders need to hold people at a distance.” You’ll learn that connection is an ongoing process that requires work every day. Participants will also learn that we are all wired to connect as humans and that it’s what we need to function at a higher level.

To register for this event, please login to the Synergy website.