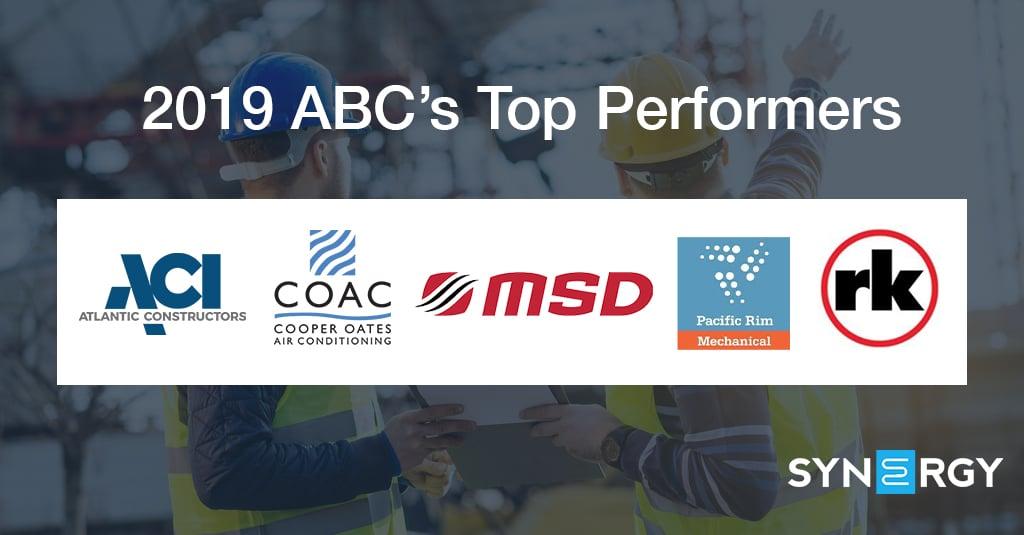 Please join us in congratulating the following members:

About Associated Builders and Contractors: Associated Builders and Contractors is a national construction industry trade association representing more than 21,000 members. Founded on the merit shop philosophy, ABC and its 69 chapters help members develop people, win work, and deliver that work safely, ethically, and profitably for the betterment of the communities in which ABC and its members work. ABC’s membership represents all specialties within the U.S. construction industry and is comprised primarily of firms that perform work in the industrial and commercial sectors.