Highlights from the 2018 Construction Operations Forum

By: Allison Rodgers|Published on: May 8, 2018|Categories: Uncategorized| 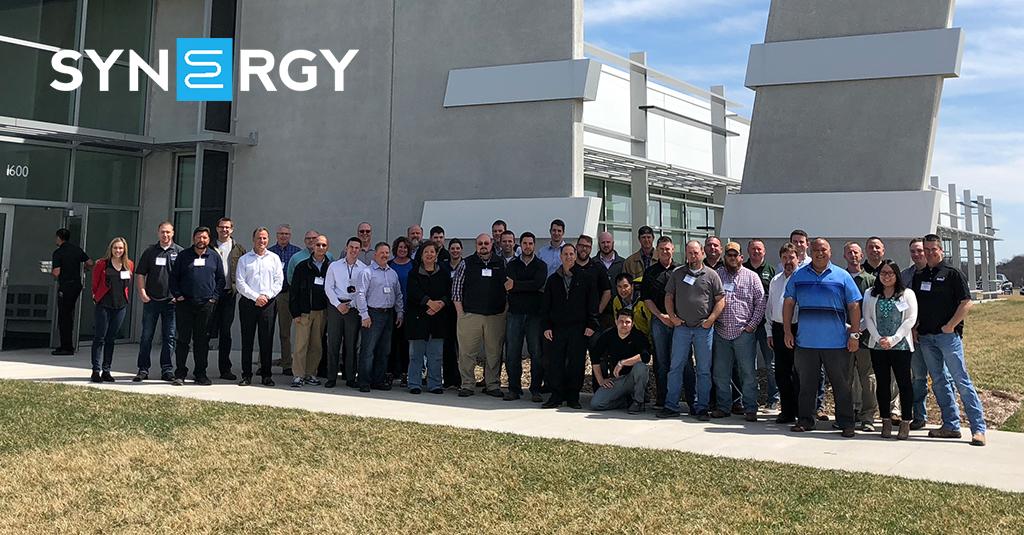 Highlights from the 2018 Construction Operations Forum

Forty Synergy members from 19 companies met for the 2018 Construction Operations Forum held at Baker Group’s facility in Ankeny, IA on April 22-25th. The session was designed around the life of a project from pre-planning, estimating, KPI’s, safety, and incentive programs. The group also got to tour Baker Group’s new manufacturing facility and also did a jobsite tour of the Krause Gateway Center. Check out more of the meeting highlights below.

“What makes you successful in your marketplace?” Large Group Discussion

We started day one with each of the 19 companies sharing what makes them unique or successful in their marketplace. The group breakdown included:

Gary Bridgewater and BJ Baker (Baker Group) started the discussion by saying that their entrepreneurial nature of investing in technology and people and creating a fun and rewarding workplace for their employees. “People feel good when they feel like they are bringing value to a customer,” said Gary. They also attributed their success to being an early adopter of 3D modeling, Trimble, 3D scanning, and Revit.

Members talked about the benefits of developing rapport with GC’s and building owners over generations, like A.J. Monier which is the oldest mechanical and plumbing contractor in San Antonio. and Nashville Machine which was founded in 1887.

Like Baker Group, some other Synergy members have also moved, expanded, or built new offices. Cox Engineering has recently moved into a new 100,000 square foot facility which is helping them put more of an emphasis on prefab.

While there was a wide diversity of companies, the common things that make each member company successful were building and sustaining a solid company culture where people feel valued and supported, embracing technology, and adapting to change.

For many, the highlight of this year’s Construction Operations Forum was getting a chance to see Baker Group’s new office and manufacturing facility. After an overview of the construction process for the building from Brian “The Architect” Schwartz (Baker Group) members broke out into smaller groups and walked around the office and different sections of the 80,000 square foot manufacturing area. 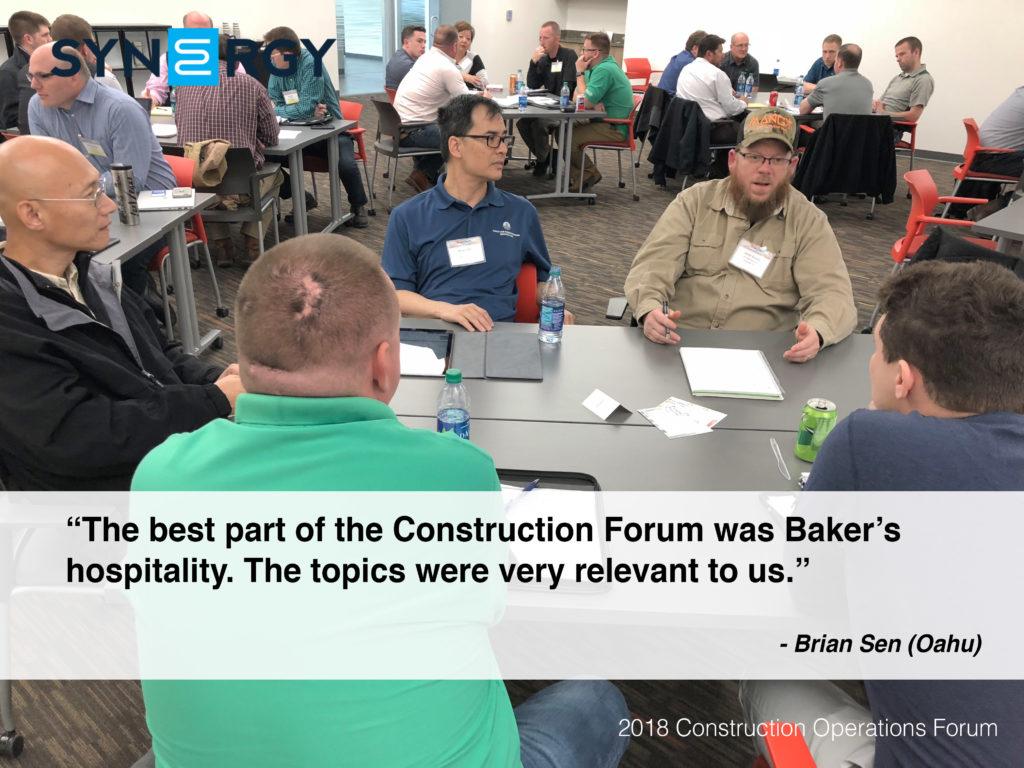 On day two and two members had the chance to hear best practices and ideas from fellow peers. Members shared:

The session closed with a large group discussion on lessons learned that members shared with each other. Some of the highlights from this discussion include the following:

Thank you to all of our Synergy members who participated in this year’s Construction Operations Forum. And a special thank you to the team at Baker Group for opening your doors and welcoming us.