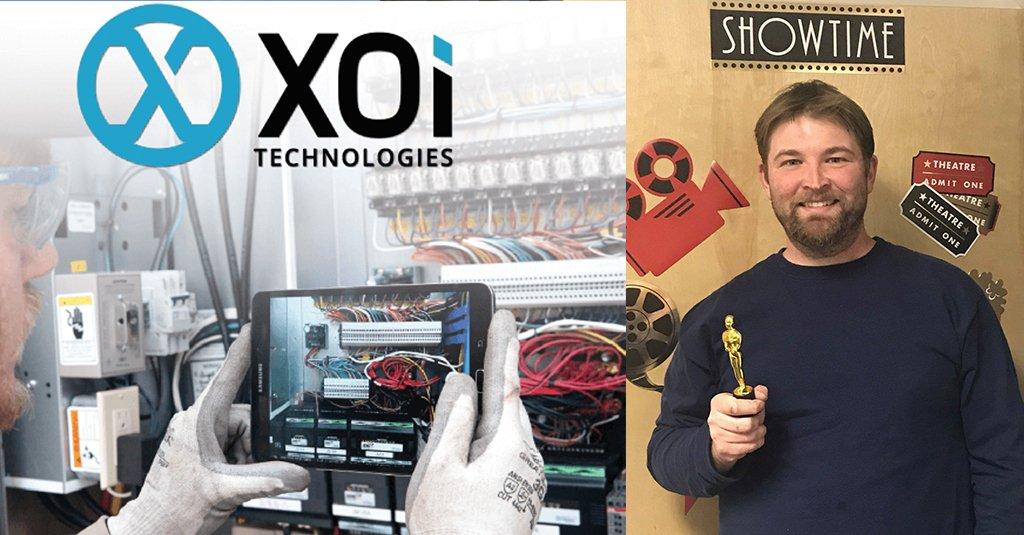 At the end of February HSA hosted their first “Golden XOi Awards” to honor the best (and funniest) videos their team captures. HSA officially rolled out XOi with their team in September of 2018. In the six months since the team at HSA has captured lots of photos and videos that allow them to send real-time documentation of what’s going on at their client’s facilities.

“Our field team has been killing it using XOi,” said Adrienne Newsham (HSA). “To make it more fun and to also motivate some of the users who aren’t using it quite as much as the others, I decided to honor all users with “The Golden XOi Awards.”

During their last breakfast meeting with their team, HSA served popcorn and movie candy while handing out mini “Oscars” for categories like “Best Sound Effects,” “Best Video Introduction in a Foreign Language,” and “Best Use of Props.”

“The guys loved it,” said Adrienne.  “There was a lot of laughter and good-natured ribbing. Many of the videos were extra funny for us because a lot of them are inside jokes or you just need to “know” the guys. It was also motivational. One of the ladies in the office told me that she overheard some of the guys saying how they have to step up their game!”

Pictured above is Pat who is one of HSA’s technicians who received an Oscar for his performance in several XOi Technology videos. Adrienne says they plan to do another award show next year.