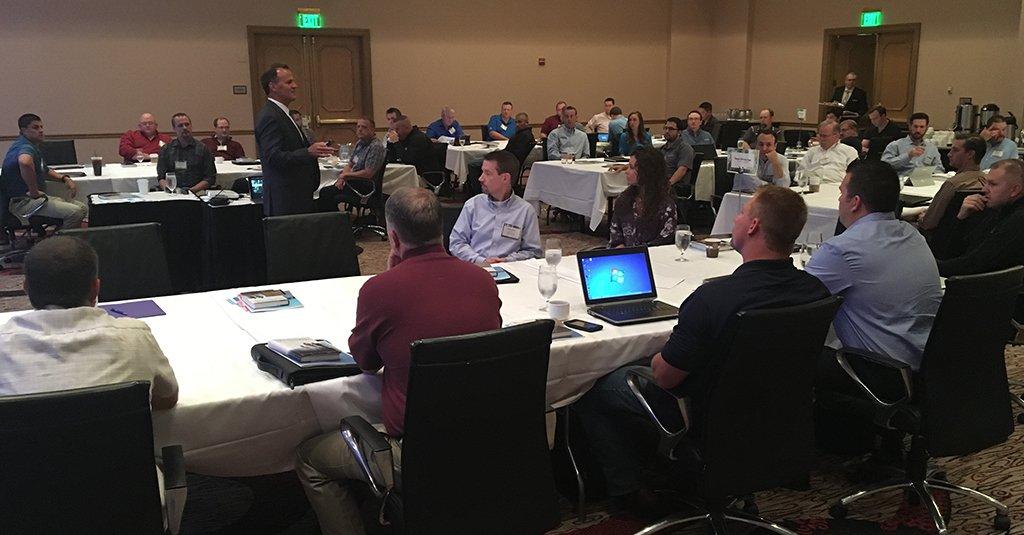 Synergy Solution Group hosted our first Leadership Forum on October 9-12th at the Hilton Rosemont/Chicago O’Hare for more than 50 members. The three-and-a-half-day session was developed to help new leaders improve the skills needed to continue to grow the success of their organization.

Leaders were divided into small groups led by a mentor. The mentors spent their time facilitating discussion, encouraging their team members to step out of their comfort zone, and sharing their many years of leadership experience. Attendees met in a large group during the morning of the first and second day for leadership sessions facilitated by Don Adams with Dale Carnegie. Don focused on the importance of creating a personal vision statement and leading intentionally. The group then took those ideas into the afternoon to tackle their personal challenges with their teams.

“Besides the networking, the small group discussions were awesome this year,” said Dave Sloan (Ruthrauff). “It was great to hear how like-minded people would handle problems that we all face.”

Throughout the session each of the teams were presented with real-world challenges and asked to put together proposals on the strategy they would use to solve it. Members from each group then had to stand up in front of the large group to share their proposal.

On the last day, attendees were given the results of a 360° Peer Feedback survey that was completed by their co-workers prior to the session. Each group spent the morning talking through and getting advice on the feedback they received with their mentor and group members.

“This is the first time I have participated in this exercise,” said Ryan Houghton (Dowling Corporation). “I think it is a great tool and cannot wait to get back and work on becoming a better leader.”